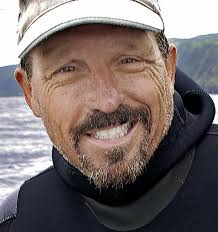 Shark Talk!Did you know? There is no such thing as dangerous sharks, but dangerous situations?

… and these situations are always created by humans knowingly, unknowingly, or by 3rd parties. The key is to understand those situations.

This is one of the main reasons, Erich Ritter developed ADORE-SANE, the world’s first and only shark-human interaction concept, to not just quantify and qualify every situation, but likewise to understand the individual factors that may or may not influence a shark the most when in close(r) vicinity to a person. Dr. Erich Ritter graduated from the University of Zurich in behavioral ecology and is the foremost expert in shark-human interaction. He did his post-doc at the University of Miami’s Rosenschiel School, and teaches field courses for students, naturalists and divers globally.

What better place for a shark talk than with the experts on the Riviera Maya in Mexico during bull shark season, when up to 20 individuals can be spotted? 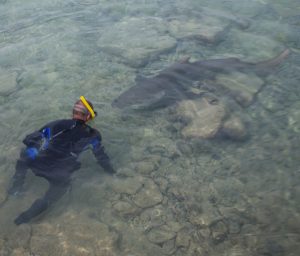 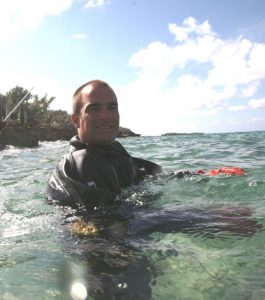 Your personal guide and “communication trainer” for the shark-human interaction is the certified biologist Pascal Gospodinov.

Pascal is a permanent team member of the Shark Education and Research Center (SERC) in the Bahamas and has been working with Dr. Ritter since 2003. Initially, Pascal focused his studies on zoology and behavioral research. Soon he specialized in shark-human topics and incident-research, though.

His decision was caused by a black-tip reef shark that appeared in front of Isla Margerita (Venezuela), in 1995. The encounter moved and shaped him, as it differed strikingly from the prevailing academic teachings, at that time. Only Erich Ritter’s research results coincided with his own experience. That’s where their paths crossed.

Pascal is well known among the French and Spanish speaking SharkSchool workshop participants. He lectures in schools and diving clubs, where he emphasizes on a better understanding of sharks. As a passionate sports diver (CMAS ****), UW filmmaker and shark researcher/ conservationist, Pascal is a founding member, part of the scientific advisory board and lecturer of the German-Swiss shark conservation organization Voice for Sharks.

At SERC, Pascal does not only work as a scientist, assistant of experiments, proband, lecturer, behavior researcher, and tutor of German-speaking graduate students, he also works on his doctoral thesis, with Erich as his mentor. He investigates the extent to which human stress (psychological and physical) influences the buzzing behavior of bull sharks and lemon sharks. The project´s name is “Bull Shark Reaction on Human Stress (BURST)”. Supervisor of the field ‘Human Stress’ is the neurologist Dr. Kai Lutz of the University of Zurich.

The northern Abacos are Pascal’s preferred research area, although, he has profound knowledge of South Africa, the Red Sea and the Caribbean islands. In addition to all (shark-) science, the human component of shark-human relationship is of Pascal’s concern. For his participants, this means that they can sincerely look forward to an entertaining interaction by a sympathetic coach.

Pascal’s open temperament and accessible nature are certainly owed to his internationality, as he grew up trilingual (German, English, French) in Germany, and additionally speaks Spanish fluently.

Impressions of our First SharkSchool Riviera Maya in Feb 2016 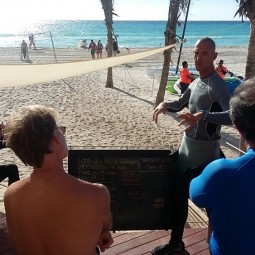 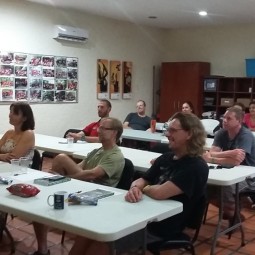 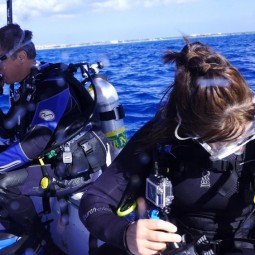 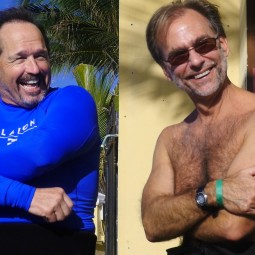 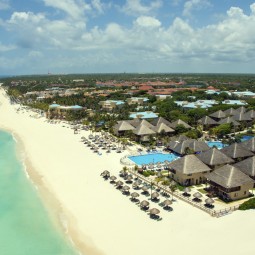 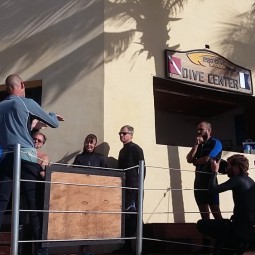 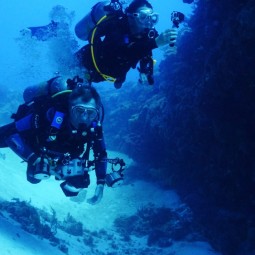 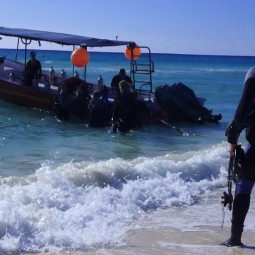 Get more info on this exciting event, and reserve your spot with us!